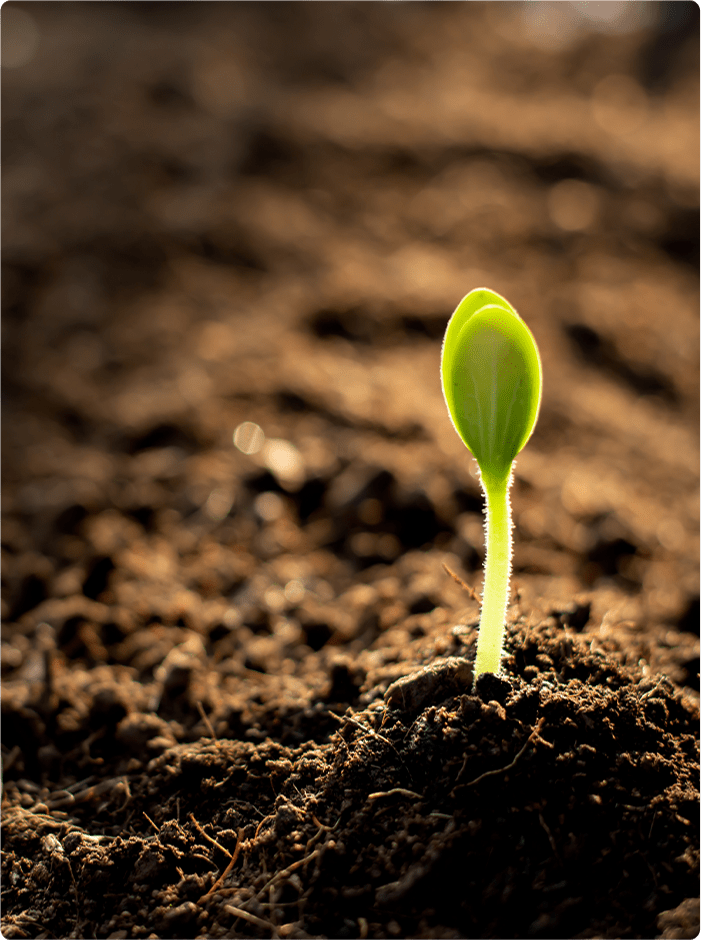 Mahindra & Mahindra has a long and illustrious history of working with farmers across the globe. For the past few decades, Mahindra has been the go-to tractor maker for the Indian farmers and a decade ago it achieved the distinction of becoming world’s largest tractor company. That would have been the zenith for most other companies but not for Mahindra.

It saw the state of Indian Agriculture, the opportunity which it represented and the vacuum there was for organized intervention in this sector. Albeit, from global MNCs to homegrown players, to small SMEs, there were plentiful of players in Agriculture. What this sector lacked was a player who could integrate the myriad agriculture interventions into a cohesive solution for the farmer.

“Today with a vision to Enhance farmer prosperity through Agri solutions, Mahindra Agri is working towards making a positive change in the lives of Farmers through differentiated products, services & Agri initiatives”

With a spread of businesses from Agri inputs, to agronomic advice, to buyback and market linkage, Mahindra Agri’s mantra is to help the farmers Rise.

Our Seed Business provides superior quality seeds through our own indigenous R&D program in Hyderabad. Backed by a rich gene pool of seeds, partnerships with Global Genomics leaders and a dedicated R&D team, we have launched premium hybrid seeds in staples such as Rice and Corn. We also boast of a rich portfolio in vegetable seeds such as Hot Pepper, Okra, Melons, Tomatoes and others.

Our JV with Sumitomo corporation – Japan, Mahindra Summit, offers new generation Agri chemicals and biological products to manage pests, aid growth of plants, besides offering a whole host of crop care solutions. With a JV partner, who are known across the globe for their expertise in sourcing new age Agro-chemicals from leading Japanese Ag-chem giants, our crop care business is poised to deliver newer cutting-edge molecules for our Indian farmers

Mahindra EPC Irrigation limited (MEIL) is our publicly listed Micro Irrigation company which was acquired in 2011 and has been present in the industry since past 4 decades. MEIL features amongst top 1000 companies of India by market cap and has shown performance which is worthy of a Multibagger.

Water is a scarce commodity in India and Agriculture is responsible for nearly 90% of water withdrawal for the nation. With monsoons being sub-par for the most part of the last decade, it’s imperative for the Indian farmer to shift to a judicious way to of irrigation. Micro Irrigation has been shown to not only save water by 50% but also increase productivity for our farmers. EPC provides industry leading, high-quality Drip Irrigation solutions and Sprinklers to our farmers. With its main production plant in Nasik, satellite plants in Baroda and Coimbatore, and a distribution network of 1000+ dealers, EPC covers the length and breadth of India.

It also has a robust presence in protected cultivation industry with its step-down subsidiary, Mahindra TOP Greenhouses Limited. This JV with TOP Greenhouses, Israel, has been able to bring cutting edge Polyhouse tech to Indian farmers at competitive prices and better protection against climate changes.

Mahindra HZPC, our joint venture with HZPC – Netherlands, global leaders in seed potatoes, provides global varieties of seed potatoes for our Indian farmers. With state-of-the-art Aeroponics Facility in Mohali, and another production facility in Palampur, MHZPC is able to multiply and deliver superior quality, virus-free seeds to our farmers and leading potato processing companies in India. The company’s portfolio boasts of over 22 varieties of seed potatoes across three distinct use cases – direct consumption or Table varieties , French Fries and Chips varieties.

Market linkage has always been a challenge for our farmers and horticulture farmers are amongst the worst affected unbacked by the MSP schemes and facing the challenge of middlemen and unsupportive infrastructure.

Mahindra has sought to mitigate this by focusing on an underexplored avenue for our farmers – Exports. Our company works with more than 800 farmers in Nasik, Baramati and Sangli to enable them to export high quality Grapes with globally acceptable residue levels to destinations like Europe, China, UK, South East Asia and others. Through our brand Saboro, we extend a promise of safety, better eating quality and sustainable practices to our customers.

Our Bedrock: Our People

Building a business with lofty ambitions is preceded by laying down a very robust and strong foundation. And the foundation of our organisation are its people.

Our CARES program, which stands for Careers, Alignment, Recognition, Empowerment and Strive, gives us an opportunity to meaningfully engage in a dialogue with our employees and implement actions to continuously raise our bar on making the workplace a Great Place to Work. 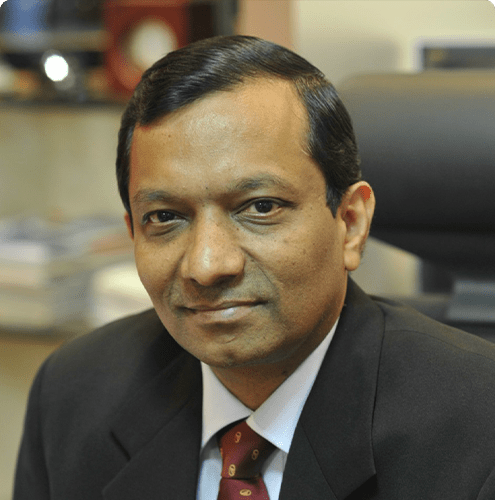 Pawan combines a keen business sense with unmatched technological prowess. This resident automobile technological wizard at Mahindra is better known as the ‘Father of the Scorpio’ in India. The Mahindra Scorpio is a vehicle that not only defines the very best of what we have to offer, but also continues to set the benchmark for the Indian automobile industry. Pawan joined Mahindra in 1993, while our R&D division was still in its infancy. Under his leadership, it is now a repository of global mobility solutions. The Mahindra Research Valley in Chennai, and the Mahindra North American Technical Centre in Detroit were conceived and commanded by him.

Today, Pawan is leading our charge towards a sustainable tomorrow by executing our vision of the future of mobility. Particularly so, when it comes to our all-electric vehicles which offer a clean, convenient, connected, clever, and cost-effective mode of transport. After serving as the COO of the Automotive sector, he was appointed as the President of the Automotive sector in 2005. The Farm Equipment sector was added to his portfolio in 2010. He was appointed Executive Director of Mahindra & Mahindra in 2013, and took over the Two-Wheeler business in 2014. In November 2016, he assumed the role of Managing Director of Mahindra & Mahindra Ltd. In his 14 years at General Motors in the Motor City prior to Mahindra, Pawan created methods to analyse engine bearings and engine friction that are still in use today. His automotive accomplishments have resulted in numerous honours, including being named Autocar’s Man of the Year in 2007, and the Automotive Man of the Year at the 2011 NDTV Car & Bike Awards.

He is a fellow of the Society of Automobile Engineers (International) and the Indian National Academy of Engineers. Pawan holds a Bachelor’s Degree in Science, in Mechanical Engineering from IIT Kanpur; a PhD from Cornell University, USA; and is a graduate of the Harvard Business School Advanced Management Program. 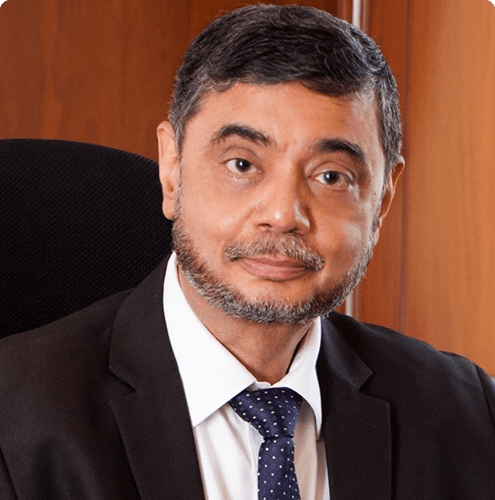 SP Shukla is a Member of the Group Executive Board of Mahindra Group and as Group President, he is responsible for the Defence, Aero & Agri sector. In this position, he is Chairman of boards of several companies engaged in designing and producing armoured vehicles, radars, naval systems, aerostructures & special alloy steel. He has also recently taken over responsibility of several companies involved in Mahindra’s agri-business portfolio. In that capacity, he is appointed as Chairman of Mahindra EPC Irrigation. Additionally, he also serves as Chairman of Mahindra CIE Automotive Ltd and Mahindra Sanyo Special Steel Ltd. After studying at IIT BHU & IIM A, he has gained 38 years of rich experience in managing large projects and operations. He has been a top professional in the field of Aerospace & Defence, Automotive Tyres , and Information & Communication Technology (ICT) sectors in India.Prior to his current role, he served as President of Group Strategy and Chief Brand officer of the Mahindra Group. He oversaw and orchestrated a complete makeover of the visual identity of the Mahindra Group. It was during this period that Group Strategy Office launched and institutionalized Rise Prize (with Prize money of US $ 1 Million) that aims to foster and develop the innovation eco-system in India. He was also responsible for Mahindra Racing portfolio – both MotoGP (Motorcycle) and Formula E (Electric Cars) in his capacity as Chief Brand Officer. He also served as Chairman of Group Brand Council & Member of the Investment Committee of Mahindra Partners whose portfolio includes Retail, Solar Energy, Logistics and Boats. He has also served as Director on the Boards of Group companies such as Bristlecone, USA & Mahindra Retail & Mahindra First Choice Services, India. He is also a Director on the Boards of CIE Automotive, Spain. His other responsibilities in the Group including serving as Chairman of Group Sustainability Council and Chairman of Innovation Academy.He is affiliated with several renowned industry forums. He is a member of the Indo-French CEOs Forum, India-Israel CEOs Forum, India-Germany CEOs Forum, India-Spain CEOs Forum. He also holds the position of Chairman – FICCI Committee on Defence & Aerospace and Vice President – Society of Indian Defence Manufacturers (SIDM). He has also served as a member of the Technology Development Board, Department of Science & Technology, Govt of India. 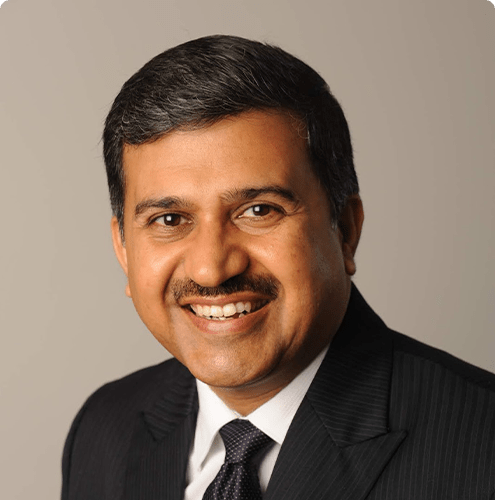 Ashok has a B.E. in Mechanical Engineering from VJTI Mumbai followed by a Masters in Management Studies from Jamnalal Bajaj Institute of Management. Before joining Mahindra in 1998, he was with Godrej & Boyce, Videocon International, and Daewoo Electronics, predominantly in the areas of Sales and Marketing. He joined the Farm Equipment Sector in 1998 as General Manager (Sales) and has since made significant contributions in the areas of Quality, Strategic Planning, and Business Excellence. More recently, he has played a key role in expanding and growing Mahindra’s Powerol and Agri businesses. Under his leadership, Mahindra’s Agri Business has grown to become one of India’s largest grape exporter and has even launched several new products and brands including India’s first premium fresh fruit brand Saboro, along with Saboro Dairy. Ashok was instrumental in developing an integrated strategy for the Automotive and Farm Equipment sectors in Africa and is leading the creation of a strong on-ground presence in the South Asian countries.He is an advisor to the Union of Japanese Scientists & Engineers (JUSE), Chairman of the CII TPM Club of India, and also serves as a Member, CII Africa Committee and CII Western Regional Council.

Would you like to join us on our journey?